Warning: "continue" targeting switch is equivalent to "break". Did you mean to use "continue 2"? in /homepages/6/d195906440/htdocs/hellolooklisten/wp-content/plugins/types/embedded/includes/wpml.php on line 651
 Miniblog #1: Wwise – Looping a track using the Interactive Music Hierarchy – LookListen Sound Design
Skip to content

As this is the first post in a series, a quick mission statement.

Brief descriptions of singular techniques and concepts that I use for either implementation or asset creation.

Someone who I respect (@Vanaman) said that externalising your process is a great way to consolidate things that you have learned on a project. That struck a chord with me. As a relative newcomer to this industry I am so grateful for the screeds of information and resources that the pioneers of game audio have left in their wake for me to pick up and devour.

But it’s hard to find the time to write full length articles! I’ve done it once, and people seemed to appreciate it, but the fact that I had yet to sequelise was irking me. I came across a fellow sound designer (@Annesoaudio) doing short “miniblogs” with tips & workflow ideas and decided this would be a useful form of content to contribute also.

In Wwise using the Interactive Music Hierarchy is a little different to the Actor-Mixer Hierarchy and one of the intricacies is that their base audio containers don’t contain a “Loop” checkbox. Finding the solution to this took a little poking around so I thought I would share it here.

Add a “Music Playlist Container” with a “Music Segment” as child, and “Music Track/s” below this. Import your music file in the Music Track by dragging and dropping.

Hit “F10” to open up the Interactive Music layout and look for the Music Playlist Editor. Drag your “Music Segment” into the Parent Group. (I have added 5 different songs that are randomly selected on play). It is also possible to add multiple groups using the New Group button on the far right. 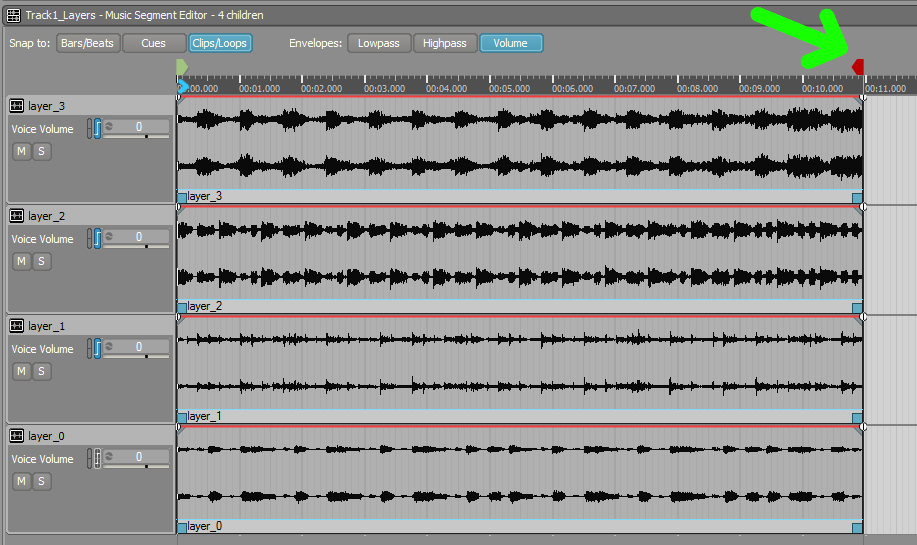 You should now see a traditional multitrack layout containing all of the Music Tracks that you added to the Music Segment. Make sure that they all start at zero by clicking the track and dragging to the left.

Drag the red-tipped loop marker to the point at which you want the loop to occur. You can select Snap to: Clips/Loops at the top left to make this precise. Ctrl+MouseWheelUp zooms in.

Done! Now your music tracks will loop for the amount of times set, from the desired marker point.

The above music is utilising a layered or “Vertical” mixing approach, where a single parameter controls which layers of the music are mixed in and out dependant on gameplay. This is a simple and effective method for creating adaptive music. Here is a link to an in-depth look into this method, using FMOD, instead of Wwise, to implement. 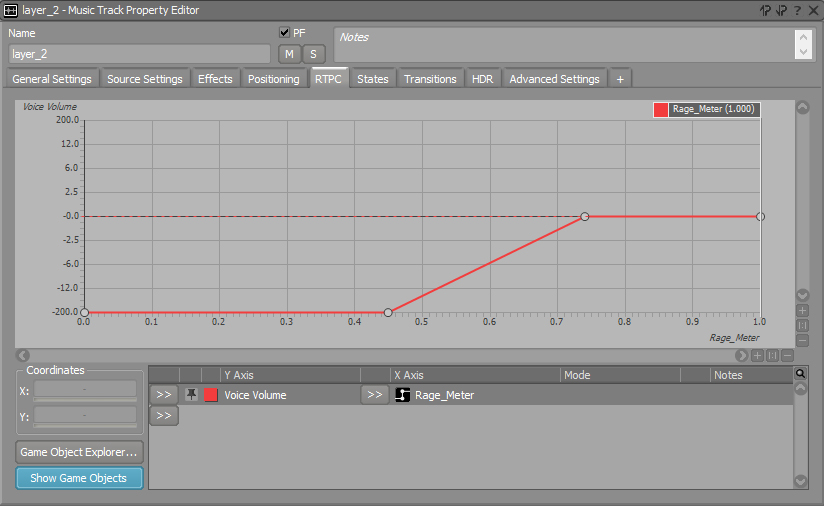